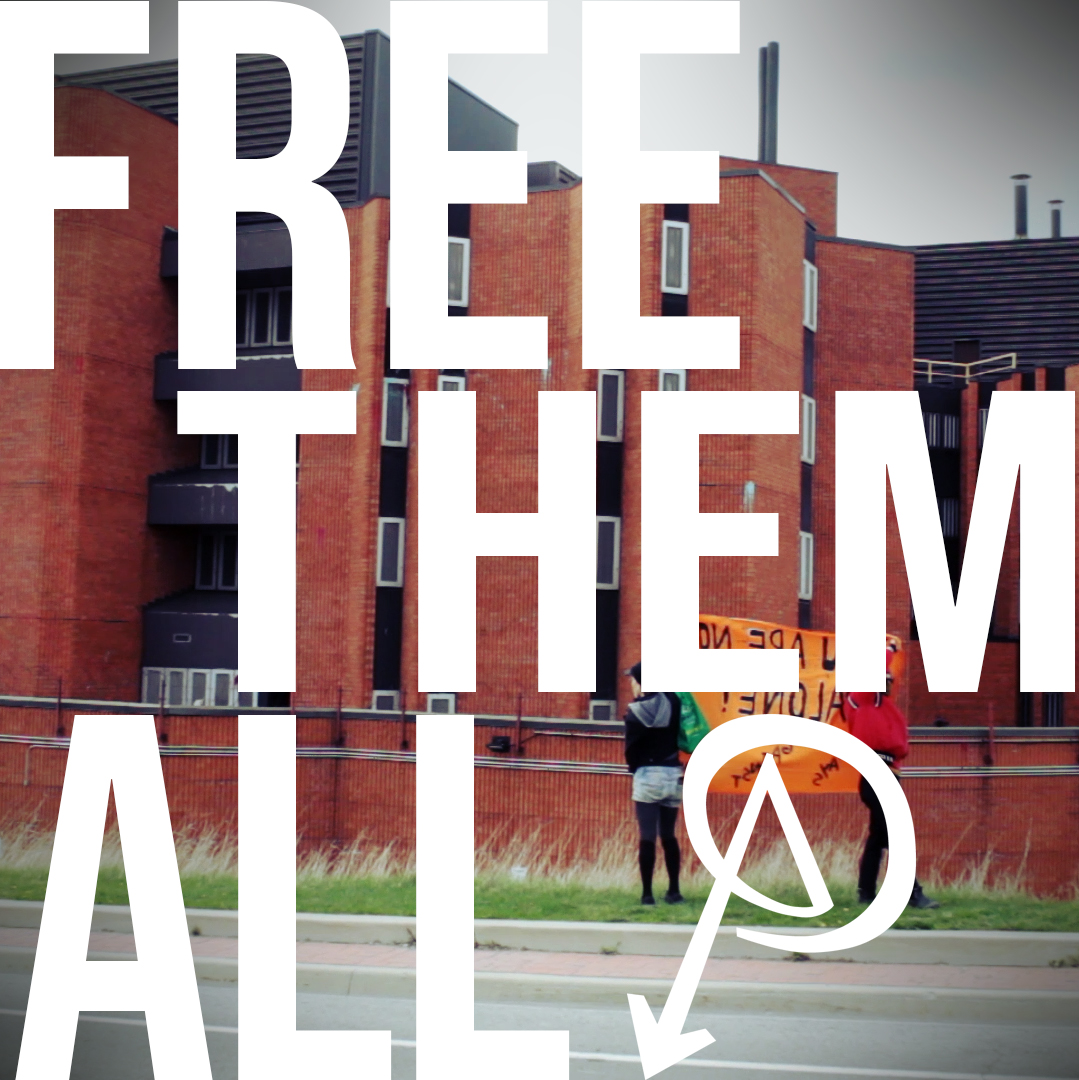 For weeks conditions have been deteriorating inside the Barton Jail, in Hamilton Ontario. Visits and mail have been suspended, a guard tested positive for COVID-19, inmates are crammed three people to a one-person cell without sanitary supplies or protective gear, and lock downs have become more frequent (which essentially means spending 23.5 hrs a day in an overcrowded cell). Rumours have been circulating that the administration is planning an indefinite lock down as their solution to the pandemic. And so when a lock down was announced on April 10th, prisoners resisted. They were viciously attacked and pepper sprayed by guards.

On Tuesday April 14th, inspired by similar actions in the US, a group of people drove their cars to Barton jail for a public noise demo. Several people returned that night. Spaced out from one another, they formed a decentralized crowd that flashed lights and shot off fireworks to let the prisoners know they’re not alone.